Leaner And Robust Process Before Industry 4.0

“The world is fast embracing Industry 4.0 or I4.0. I4.0 refers to a new revolutionary phase in the industry focus has been on Interconnectivity, Automation, Artificial intelligence, Big data & Machine Learning & IoT. It is also known as Smart Manufacturing.“

We have seen a glimpse of Industry 4.0 concepts from quite some time. Be it an Aeroplane put in Autopilot mode, automatically driven cars, or automated manufacturing or processing lines. Scale and magnitude and use of the new technologies may be extensive in 4.0, but the fundamental remain same to make it flexible & increase efficiency with the involvement of technology.

Automotive and Auto industry have adopted automated manufacturing practices from ages famously known as Auto lines. A piston manufacturing company right in Bengaluru had built a fully automated line way back in 2005 wherein raw material enters from one side of the line, and it comes as finished product neatly assembled in a container at the end of the line. Bosch manufacturing has numerous such examples in India and all over the world, built with perfection. Engineers were able to achieve this through basics of electronics, Sensors, Programming’s, small-scale Robots and PLC’s. As a young Engineer, I remember programming a very intelligent state of the art Balancing machine which was fully automated and had built in concepts of Artificial Intelligence to calculate static balancing and dynamic balancing and take appropriate action, even before Artificial Intelligence came into limelight. A similar explanation can be given to food processing, pharma industry as well .

While automation was entirely possible then, but some of the automation (digitization) efforts are failing even today. What is the difference, despite the advancement in technology we are not able to achieve what we had achieved many years back without the technology?

The answer is Process Robustness. Be it autopilot / automated cars / automatic lines one who was able to achieve automation successfully were the ones who had built a reliable and robust process less likely to fail. If a poor process is digitised either it would be a weaker digitised process & fails, or it would consume a humongous amount of efforts & revenue to put the control in place which makes the digitisation exercise a costlier one.

While some of the thought leaders are arguing that Industry 4.0 would help Lean Six Sigma implementation easier as it provides a lot of data to analyse, which otherwise difficult in manufacturing to capture. While I agree with their argument, but embracing Lean Six Sigma before 4.0 would make it easier to adopt 4.0. All the automated lines I mentioned were built on stronger processes. Even today Robotic Process Automation has been successful in ITES/ BPO/BPS where the process robustness was built in before the automation was done, else it has not taken off at all.

What Lean Six Sigma bring eventually, Lean Process Design help you design leaner processes, with nil or minimised waste and Six Sigma brings you robust process with lower process variation. Predictability of the process helps in easier ways to embrace the new change that is waiting at the doorstep else Industry 4.0 would not be beneficial as it should be.

You can share your feedback on the below link:
https://www.linkedin.com/pulse/leaner-robust-process-before-industry-40-srinivas-t-v/ 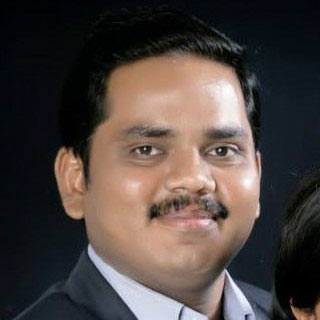